Coming on the scene with stern club bangers and cold punch lines, Young Dolph became a local hero via a series of mixtapes before breaking nationwide in 2014.

Champaign and a Sunset!

One of the first French-owned sparkling wine ventures in the U.S., Domaine Chandon is highly remarked as producing some of the best sparkling wines in Napa Valley.

Starting to feel those Valentine’s blues? We hear ya…that’s why this year we’re saying F*ck Valentine’s Day! Instead of wasting money on an expensive dinner, come to Prohibition where there’s live music and non-romantic specialty cocktails. As an added bonus – bring in a pic of your ex, tear it up at the bar and have a whiskey shot!

MichEddie at On The Record Las Vegas

For last minute dinner reservations, we’ve got your back. Although its namesake may mean “small plates,” Mezé Greek Fusion delivers anything but a small experience. The variety and versatility of the Greek islands are felt in more than just the cuisine of Mezé – they inform the very core of what it means to be a guest.

Monster Jam® returns to Petco Park February 1 and 15. Monster Jam® is the big leagues of motorsports competition, where 12,000-pound trucks and the world-class athletes who drive them tear up the dirt with gravity-defying feats. Engineered to perfection, the legendary Grave Digger®, Max-D™, El Toro Loco® and many more push all limits in Freestyle, 2 Wheel Skills Challenge™ and Racing competitions. This is full throttle family fun!

The LIGHT Vegas in Mandalay Bay merges cutting-edge creativity with incredible music to produce a unique nightlife entertainment. LIGHT features the best open format music from Electronic Dance Music, Hip Hop, Top 40s and a wide range of great hits to give you the best Las Vegas nightclub experience. Every experience at LIGHT is unique and no two nights are the same. Guests can indulge in incredible views of performers, and dancers as they party the night away at this state-of-the-art nightlife venue. LIGHT’s massive LED screens captivate the senses and give each guest a submerged experience making it so there is no bad seat in the house, as the world class sound system keeps energy high. Our guests are the star of the show — step into another world and BE THE LIGHT.
The LIGHT Vegas nightclub is open Wednesday, Friday and Saturday nights from 10:30 p.m. to close.

Ikon’s technical skills and pure creativity have made him one of the most sought after traveling DJs of this or any generation.

He is highly recognized within the music and nightclub industry having recieved several industry awards including the Remix Club DJ or the Year, Las Vegas Top 30 Under 30, and is the two time recipient of the Bar and Nightclub DJ of the Year. 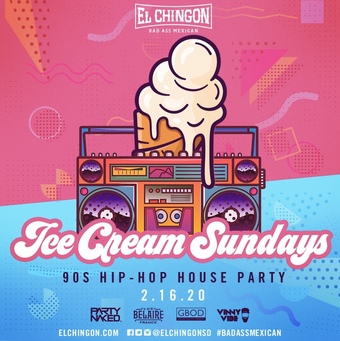 Ice Cream Sundays with Vinny Vibe will be a huge Daytime bash full of great music and vibes from one of New Jersey’s best DJ’s and a San Diego favorite. There will also be a Downtown Resident Mixer to meet and talk to local San Diegans who live downtown.

Fear and Loathing in the Gaslamp 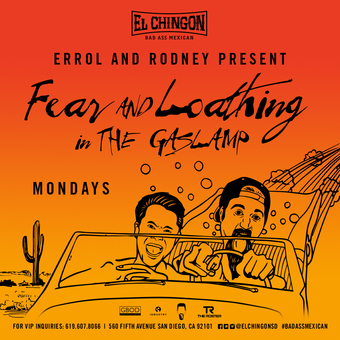 Mondays with Errol & Rodney are BACK and it’s getting fearful & loathsome up in here… This is a new spin on an event brought to you by local icons Rodney and Errol in San Diego’s historic Gaslamp Quarter. It was a huge hit last week and nothing less is expected for this week!

Get on the guestlist for free entry before 10pm.